It was almost like poking the bear: Aaron Finch on questions being raised about David Warner

After Australia’s maiden T20 World Cup triumph in Dubai on Sunday, captain Aaron Finch expressed surprise at some people writing off David Warner. According to Finch, the criticism of Warner was almost like “poking the bear”.

Warner had a key role to playing in Australia’s historic win in the UAE. He smashed 289 runs in seven matches and also slammed a crucial fifty in the final against New Zealand in Dubai. Chasing a challenging 173, Australia lost Finch cheaply. However, Warner and Mitchell Marsh (77* off 50) featured in a second-wicket stand of 92 to ease the Aussies towards victory in the title clash. The Aussies got over the finish line with seven balls to spare and eight wickets in hand.

At the post match press conference, Finch was all praise for Player of the Tournament Warner, who played key knocks right through the World Cup. The Australian captain said about Warner, "Can't believe people wrote him off a couple of weeks ago, it was almost like poking the bear.” 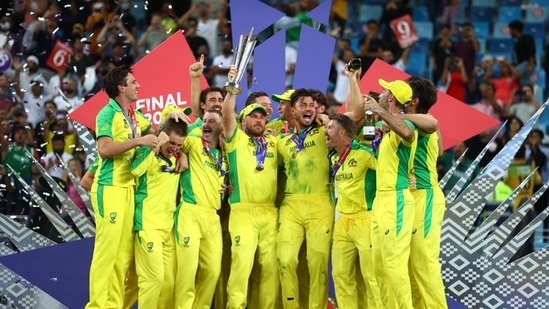 The Aussie skipper described the win as a huge one for the team. He said, "This is huge, to be the first Australia team to do it. So proud of how the guys went about the campaign."

Finch agreed that Australia’s crushing victory over Bangladesh in the Super 12 stage was the turning point of their campaign, coming as it did following their defeat at the hands of England. He added, "Certainly was, (our) backs were against the wall. We had to fight and certainly did that, had some great team and individual performances."

The Australia captain named a number of other players like Adam Zampa, Marsh and Matthew Wade for playing important roles in the team’s win. Finch commented, "Adam Zampa is the player of the tournament for me. He controlled the game, got big wickets, super player. Mitch Marsh, what a way to start, put pressure on from the start. Matt Wade came in under an injury cloud and got the job done. He came in in the semi-final against Pakistan alongside Marcus Stoinis and did the business."

Australia won the toss and bowled first against New Zealand. Kane Williamson’s 85 lifted the Kiwis to 172 for 4. However, the Aussies were never in any kind of trouble during the chase.

--By A Cricket Correspondent