New Zealand will take on Afghanistan in match number 40 of the T20 World Cup 2021 at the Sheikh Zayed Stadium in Abu Dhabi. The game will be played as part of the Group 2 encounters in the Super 12 round of the ICC event. The match will begin at 3:30 PM IST and 2:00 PM local time.

The game between New Zealand and Afghanistan on Sunday will be hugely important for India as well. It will decide whether they stay alive in the T20 World Cup 2021 or will be dumped out. Afghanistan will need to beat New Zealand in the match but by a slender margin for India to have a chance of qualifying for the semis by beating Namibia by a comfortable margin.

In case, New Zealand wins the match, they will be through to the semis as they will finish eight points and Afghanistan with four. Even if India beat Namibia in their last Super 12 match, they can only end with a maximum of six points. So in a way the New Zealand vs Afghanistan tie is a do-or-die encounter for India. 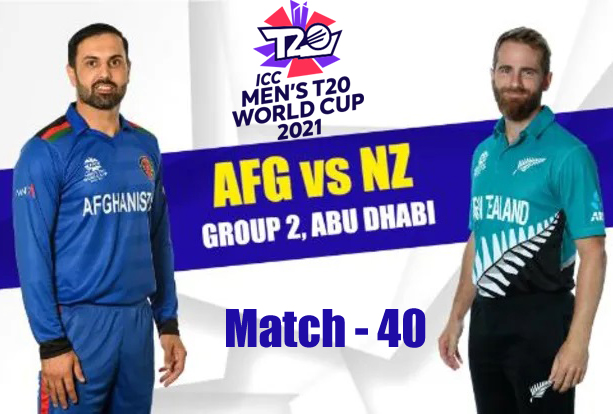 The Kiwis got the better of Namibia by 52 runs in their previous game. However, they had stumbled to 81 for 4 with the bat. In the match against Scotland as well, they did not register a convincing win. Afghanistan could trouble New Zealand with their spinners. While Rashid Khan would be the key, they would be desperate for Mujeeb Ur Rahman to be fit as well. If Afghanistan can somehow pull off a win by a decent margin, they would stay in contention for a place in the semis along with India and New Zealand.